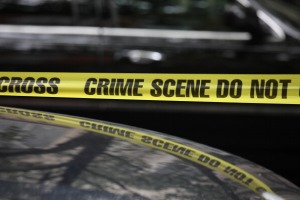 I love a good murder mystery. That’s why I set out to write a fictional few. In real life, however, there’s not much to love about murder unless it’s when law enforcement gives the family a resolution by solving the case. But let’s face it, we all know the statistics are staggering when it comes to the numbers. Murders pile up in this country every day. It happens in inner cities, as well as rural areas, and everywhere in between. If you think a rural area is safer, think again. Sure the percentages might lessen your chances of becoming a victim if you live in a less populated area out in the boonies. No matter where you live, you’re not immune. No one is. Remember the Clutter family. In 1959, the Clutters lived in rural Holcomb, Kansas. Their remote farmhouse proved to be as dangerous as a street corner in LA. And consider the name Levi King. In September 2005, King went on a spree killing, murdering two people in Missouri before driving south to Texas where he went inside a remote farmhouse outside Pampa and committed what is known as the Texas Farmhouse murders, wiping out an entire family. By some miracle, King left behind a survivor.

But this post is not about the victims we know, or the high profile cases we’ve read about. No, it’s about something else, a disturbing fact that weighs heavily on my mind. If the stats don’t bother you, you’re a much stronger person than I am.

When you think homicides, you tend to think that since police have a victim,  they solve the crime based on knowing the identity of that victim. Police shows on TV tell us that the more a cop knows about the person who’s been killed, the better chances he or she can track down that person’s last known activities to find answers, to find the killer and get justice for the family. The detectives solve the crime because they follow a series of steps and…voila…after tracking down the victim’s last known whereabouts…the killer becomes known to us, the viewer, and the crime is solved. In a TV world that’s what happens. But as we all know, we don’t live in that place, that perfect world where everything follows a script.

What bothers me the most is knowing how many cases go unsolved. It’s shocking to discover in many cold cases here in the U.S. there are perhaps 40,000 people whose remains have been discovered—their remains have been found in state parks, by the side of the road, wooded areas, alleyways—but no one has a clue who they were in life. No one knows who they were while they lived. Sad. Disturbing. Some remains have gone unidentified for decades. Law enforcement has no names because no wallets or purses were found, no personal articles telling law enforcement who they were. Many of these unidentified remains were victims of homicides. They were found with obvious gunshot or knife wounds, fractured bones resulting from a beating, obvious head trauma, and the list goes on.

A great number of these cases are children and teens.

Take the case of Little Miss X whose skeletal remains were found near the Grand Canyon on Halloween, 1958, estimated age between eleven and fourteen. Little Miss X had been in that spot between nine to eighteen months before her bones were discovered. That means she’d been out there a long time before anyone came across her remains. Look at the date again. 1958. Little Miss X has been a Jane Doe for almost fifty years. Was Little Miss X a runaway? Maybe. Why did no one come forward to report a girl that young missing? Was she from the Arizona area or was she brought there from another state and dumped? An artistic rendering of Little Miss X appears at The Doe Network.

Then there’s Delta Dawn, the name given to a toddler, approximately eighteen-months-old, found in Dog River on December 5, 1982, near Moss Point, Jackson County, Mississippi. Delta Dawn had strawberry blonde hair and perhaps blue or brown eyes—no one seems to know which—with twelve teeth. Heartbreaking. She was around two feet six inches tall and weighed approximately twenty-five pounds. Here are Delta Dawn’s specifics at The Doe Network, a cute little thing who deserves a name.

Little Miss X and Delta Dawn are just two examples. If I listed all the ones that bother me I’d be here until the end of the year and there would be no cranking out book manuscripts. But do me a favor. Remember that not only are these cases unsolved—the killer got away with it—but the victims, in many cases kids—have gone unidentified. Sadly, there are more, so many more. Men, women, and children of all ages. I know posting about this won’t help much. I know that. But this post gives me an opportunity to thank the organizations that attempt to make a difference, The Doe Network, The National Center for Missing and Exploited Children, and NamUs who keep track of countless missing persons and those who remain unidentified.

At least now you see why cases like Little Miss X and Delta Dawn sometimes keep me up at night. Come to think of it, maybe they should keep you up at night, too.