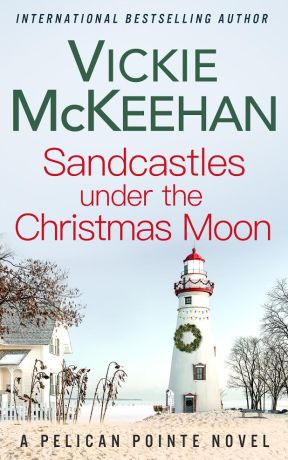 Quentin Blackwood has come to Pelican Pointe to replace Jack Prescott as the town’s one and only doctor. But he’s in for a tough time, especially since nurse Sydney Reed doesn’t quite trust him. But that’s just one of the many problems Quentin must face as he tries to help a teenage boy and his grandmother going through hard times.

It’s all happening with Christmas approaching—a holiday that should mean hearth, home, and plenty of family. But with Quentin, it only brings up haunting memories of a past he’s tried to forget.

Will Pelican Pointe be able to work its magic on the new doctor in time for him to find a new meaning to the holiday? Or will despair win out one more time?

A doctor at a crossroads. A woman who’s given up. And the boy who brings them together.

Beneath Winter Sand back cover:

A brother who disappeared. A mystery worth solving. A love worth finding.

Hannah Summers lost her innocence the day she came home from school and found police cars in front of her house. Her parents are dead, her loss is deep, but its more than that—her baby brother, Micah, is missing.

Vowing to find Micah no matter what she has to do or how long she has to search, Hannah ends up in Pelican Pointe with more questions than answers. She’s holding on to a shred of hope that Micah is still alive. While Hannah isn’t looking for love, one resident has other ideas. Caleb Jennings has his own demons to deal with, but he wants more than anything to help Hannah find her brother.

Little do they know they’re about to embark on a life-changing course, a course that will end her twenty-year long search and solve a mystery of what happened the day her parents died. Along the way, they’ll uncover a former politician’s scandalous life, and reveal secrets long buried.